What kind of lonely are you? 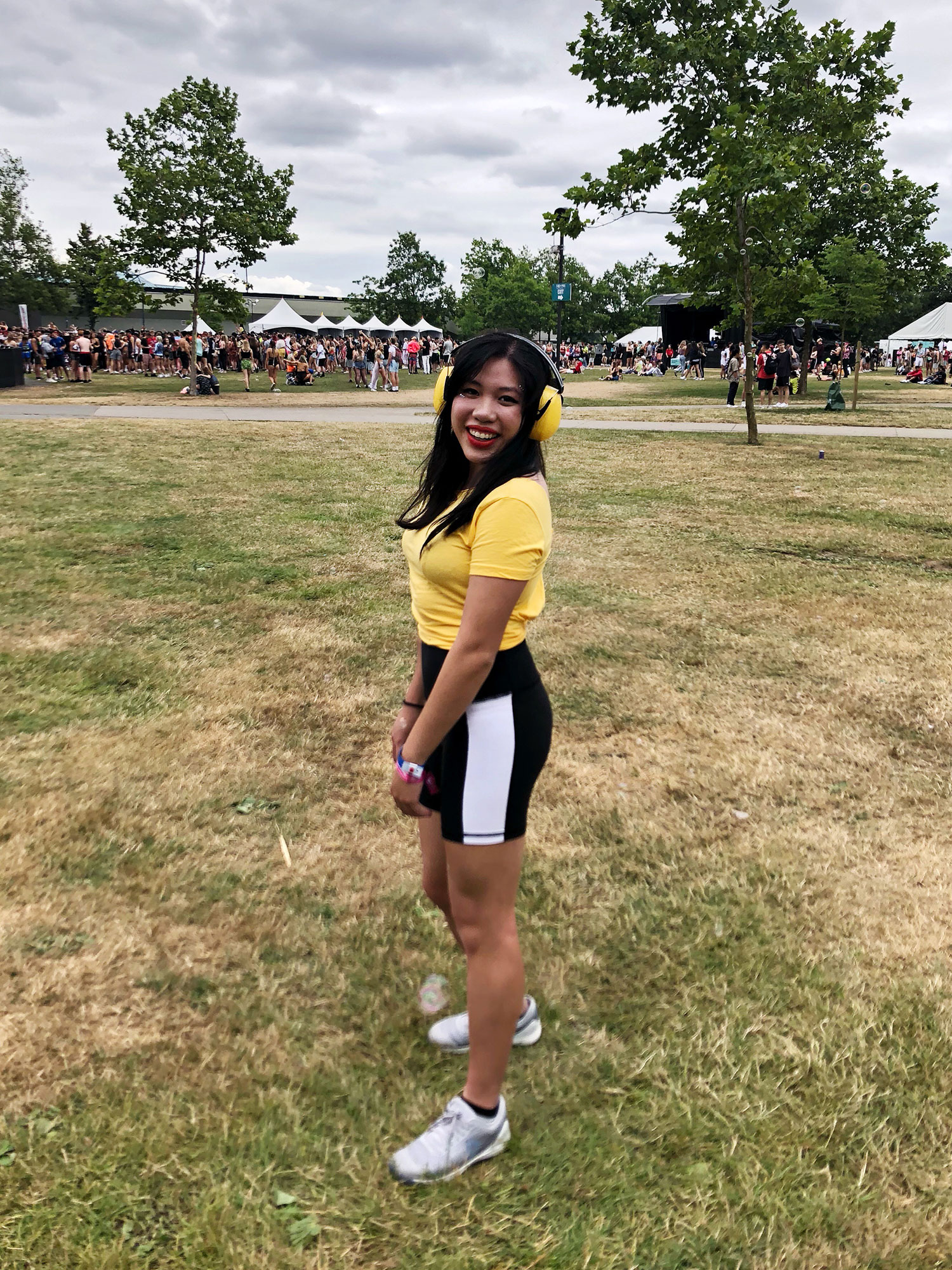 Loneliness is “the discrepancy between actual and desired relationships,” says Dr. Perissinotto, associate chief in geriatrics clinical programs at the University of California San Francisco.

After a week in Canada, I remembered what it was like to not be lonely.

I say, “I’m going to be back in Canada next week.”

“Do you have any work to do at your job?” Kat says.

People change as they age, and there are a lot of ideas about how it happens.

At first I thought that I am experiencing an early onset of disengagement. But if it were true, then I wouldn’t bother going to Vancouver.

In Vancouver, I wear earplugs and ear muffs when I attend concerts. Construction ear muffs, in fact, because of the ringing in my ear. They are gigantic bright yellow earmuffs squeezing my head.

I did the math: the musician earplugs lower the sound by 24dB and the construction earmuffs by another 24dB, so if I keep both on, the sound will be 48dB lower, which is the difference between a chainsaw and a conversation. But the audio quality is poor with the earmuffs.

Nonetheless, my hearing is more important than the fickle hour in time that I enjoy the concert. I make a yellow shirt to go with the ear muffs. Bright colours are my style.

There is one person in our group, who rolls her eyes and says comments like: “We’re not at a construction site, Grace.” She is vomiting insults each time I look in her direction.

I put on my earmuffs.

I get a tap on my shoulder.

“Can you hear anything with the earmuffs?” A girl in the crowd says.

“I have those. I can’t hear anything!”

I laugh and turn away. Not everyone is deaf.

The next person who asks, says: “Oh, you have ear plugs and ear muffs on!”

“I have an ear infection,” I say, tapping my ear, adjusting the ear muff.

Which is not true. I’m annoyed that the comments make me self-conscious, because someone else hated them.

Each time it happens, I adjust my ear muffs and keep dancing. It’s more fun to dance than listen to ear muff comments.

The most interesting encounters when I’m not wearing the ear muffs, though. The funniest conversation, the most awkward encounter with a sweaty shirtless guy, the silliest dancing with the group.

I can’t help thinking that it’s not about meeting people, but meeting the right people.

Marinah and I run into the crowd to see Khalid. He sings a lot of songs that I related with, like “Young Dumb and Broke.”

It’s the end of the day and my ears are tired so I move the ear muff away, on the side that doesn’t ring. Someone comments that the mic is positioned too low for the singer and so his singing sounds muffled.

I’m glad that I’m not the only one hearing muffled sound, because I can’t tell if my ear muffs are distorting the sound.

So I listen to my favourite artist in the festival and leave. Well, I say bye to that person in our group, out of courtesy, after I find her shivering and hunched alone in the back.

I remember why we’d stopped talking.

Sometimes, around midnight, I hear a person playing piano in my building. I like to think she’s a she, because she plays gentle ballads. This is not fair, I know, but I like to imagine that there is a girl friend in the building that I haven’t met. She doesn’t practice; she plays through pieces that she already knows.

At times, I want to knock on her door and tell her that normal people are trying to sleep at midnight and I want to wear earmuffs. Other times, I want to ask what she’s playing because I want to play her music too. I don’t know which door she is, but I figure the music will get louder as I walk in the right direction. I wonder why she is playing.

Piano is an activity that takes me back to years ago, moments in time where events occurred in my life when I was playing that piece. I remember exactly what I played after my dad passed, for example.

It helps me live in another time, a time when I am not lonely.

It’s not really about mastering an equation to meet people, I think. It’s about fulfilling your desire for certain types of relationships. A lot of times, you won’t know what relationships you want, until you have them.

For example, I didn’t know how much I liked teaching piano to older adults. They have the time to practice each week and we always have good conversation.

I am not lonely for the hours that I teach.

Loneliness probably isn’t a zero or one binary. It is stretches of time when you feel like you are lacking a certain type of connection.

How you think about loneliness is indicative of how you connect to the world. At first I thought I was looking for friends. But I think, now, I know that I am really looking for people or tasks that I can connect with. So that I can forget about being lonely, for a few hours.

There are 8 comments below

My pianos are my bestest friends.

I agree, they are great friends, Gail!

Grace, I think being lonely occurs where one is not busy. The remedy there is to mix more on a social level. Often new activities are found. I chose being independent & disconnected, as it permits an expanded work-time-space. It also stops much of the time-wasting chat-chat, often that’s imposed on one. Using say the phone is one way of having a meaningful & controlled chat. Yogis use the practice of ?anta mona (silence) for awareness growth. Also the stoic life is great if one has a reflective & artistic in outlook. (That’s enuf! Its such a large & personalised… Read more »

Jon, I think you are one of the few people i’ve talked to who appreciates the text communication of phones. Perhaps there is also discussion of whether technology makes you more or less lonely. But you’re right, it’s controlled chat and you can choose the kind of meaning you want to derive from it.

Hi Grace. I find piano playing so therapeutic for loneliness, sadness, grief etc. You mentioned you remember the first piece you played after your Dad passed. Me too. It was The Nearness of You which was a song he played himself and I think I wanted to feel he was near me. Couldn’t play that song for a long time without crying through it. Loneliness is tough but I’ve learned to become comfortable with myself so I can put on some nice piano music and do a hobby like cross stitching and be very content. It’s hard moving to a… Read more »

Thanks for this, Cathy. Perhaps I will pick up some new hobbies. Piano is a powerful way to communicate emotions and memories. It just takes time to get comfortable being by yourself.

Get yourself a dog or, if you have more free time to spend, a boy friend.